LinkSat was originally proposed to by NASA’s Undergraduate Student Instrument Project (USIP) as the Broad-spectrum Radio Interference Analyzing Nanosatellite (BRIAN). It was selected, and awarded a generous grant of $100,000 to develop the spacecraft. In addition, the University at Buffalo Nanosatellite Laboratory received a $30,000 educational grant from Northrop Grumman to support the development of educational projects such as LinkSat.

As LinkSat will be deployed from the International Space Station (ISS), our orbital elements will be quite similar to the station’s, but will drift over time due to both the initial relative deployment velocity, and orbital perturbations (notably, atmospheric drag). The 18th Space Control Squadron (18 SPCS) will be providing us with a TLE shortly after deployment from the ISS, which we will be publishing on this site. It will also be available at https://celestrak.com/. In addition, as stated on the GNC page, we will be conducting on-board orbit determination using GPS. This orbit solution should be more accurate than the TLE and will also be published regularly to this site.

Currently, LinkSat is in the final stages of testing of all satellite systems, and completion of final documentation required before launch. This is being done in collaboration with NanoRacks, LLC., who is organizing our deployment from the ISS. This process should be completed within the coming weeks, with LinkSat being delivered to NanoRacks in July of 2020. At that time, LinkSat will being integration into the deployment systems, and will be loaded onboard the SpaceX CRS-21 Dragon capsule for a launch to orbit in October of 2020! 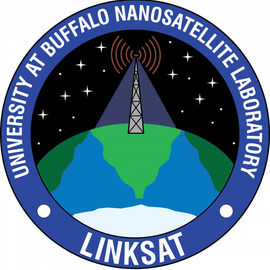